Can you smell the summer? It’s round the corner!

For the longest days of the year we have chosen coffees from two great roasteries to be included in this month’s coffee box – Muttley & Jack’s and Manhattan.

The first one is based in Stockholm, Sweden and the second one in Rotterdam, the Netherlands, and both are widely recognised in the specialty coffee world.

Here you will find more information on the roasters, coffees, plantations and farmers that are behind your coffee box. Check it out while sipping on your brew.

We hope you enjoy these coffees as much as we do!

Muttley & Jack’s Coffee Roasters were founded in 2017 and the same year they won the silver medal in the Swedish Coffee Roasting Championships. Before starting his coffee adventure, Jack, the founder, spent 15 years working with humanitarian and environmental non-profit organisations.

He made his first attempts at roasting coffee during his stay at a coffee plantation in Rwanda. He got hooked and went to Dublin and Berlin to learn roasting from some of the masters of this craft.

You may be asking yourself who’s Muttley? After all his name appears first in the name of the roastery!

Muttley is Jack’s beloved four-legged companion – a Boston terrier you can see in the picture. He is an important part of this roasting duo, as he reminds Jack that every moment should be enjoyed and that life is too short to drink bad coffee.

Aroma and taste: Round and sweet. Notes of brown sugar and mandarin, some blueberries and black tea.

Rwanda is a small, landlocked country in the region of African Great Lakes (East Africa).

This country is highly elevated and among its landscapes there are mountains and savanna.

Although the elevation and weather are favourable for coffee, it wasn’t originally a native plant in this area – coffee was actually introduced here in 1904 by German missionaries.

90 years later it played an important part in economic growth when Rwanda was recovering from the Rwandan Civil War and the genocide that took place during this conflict. Foreign countries were interested in local coffee and the sector developed rapidly.

The first washing station was built in 2004 with the help of USAID and now there are around 300 of them.

Aroma and taste: Soft, sweet and creamy. Berries and vanilla.

This is the second time we feature coffee from Burundi! The first one appeared in our April filter box – it was roasted by Nomad and the beans came from the Gahahe washing station in Kayanza province. (Check out episode #7 of our “The People Behind Your Coffee” podcast to learn more about it.)

This month we share beans from another province, Ngozi. Similarly to Kayanza, this region lies in the Northern part of Burundi, close to the border with Rwanda.

Farmers who deliver coffee to the Mubuga washing station are smallholders and each of them has about 250 bushes. It’s a very small-scale production – that means around 50kg of finished green coffee per farmer annually.

Manhattan is fruit of the collaboration between two great coffee champions – Esther Maasdam and Ben Morrow.

Esther has been working in coffee since 2005 and had the title of Dutch Latte Art Champion for many years and also won Dutch Cup Tasters Competition in 2017.

Ben has been in the industry since 2009 and has won coffee competitions on three different continents!

Manhattan Coffee Roasters is located in Rotterdam, an important harbour city of The Netherlands.

The name of the roastery is inspired by the history of the harbour, mainly the Holland America line that sailed from Rotterdam to New York. Also, this Dutch city located by the river Maas is modern and has a beautiful skyline, and is locally called “Manhattan aan de Maas”.

Café Granja La Esperanza can certainly count themselves amongst the group of exceptional coffee producers.

Their beans were part of many coffee trophies: amongst them, the winners of Denmark Brewers Cup (Victor F. T. Kristensen @victorftk), Greece Coffee in Good Spirits (Christos Klouvatos @christos_klouvatos), US and Poland Barista Championships (Andrea Allen @andreaarkanspro and Natalia Kwiatkowska @natalia_kwiatkowska_coffee respectively), to name just a few only from 2020.

The beans you have in your hands come from the Potosí plantation, one of five farms that make up the Café Granja La Esperanza. This particular farm lies in the valley of Cauca, a very fertile area of Colombia.

The cherries were fermented for 15 hours and then went to a dehumidifier for 72 hours until fully dried. This process gives the beans a sweet and fruity taste.

Enjoy them while they last – we managed to get the last bags from Manhattan and now this coffee is sold out!

If you ordered a large box, this month you will have an opportunity to compare two coffees from Rwanda roasted by two different roasters.

Their profiles are quite different, so we’re very curious to know which one will be your favourite!

When Esther and Ben from Manhattan tried this coffee, it reminded them of the very first experience they had with coffee from Rwanda. They felt that it was a statement of what great coffee from this country is and… they bought all the beans from the lot! 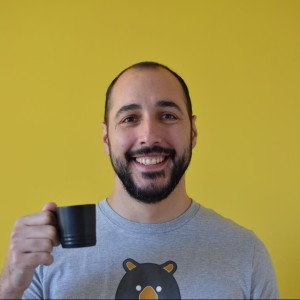 We speak today with Jola and Agata, from the green coffee importers 88 Graines. We learn a lot about the work of a high quality

This month, we’re joining together the forces of a well-known crowd favourite, and one of our undercover local gems – we’re happy to bring you

This month we’re including coffees from Ditta Artigianale (from Italy), and Drop Coffee Roasters (from Sweden)! We got to know Ditta during the Milan Coffee