This month’s box is very sentimental for us, as the roasters we’re presenting are from Spain – a country that is very close to our hearts. Spain is where we (Juanma and Aga) got to know each other, lived for a couple of years, and kept on falling deeper and deeper in love… with specialty coffee.

In February/March 2021, after a year without travelling outside of Poland, we went to Spain because one of our friends was getting married. If you were checking out our stories at the beginning of March, you have seen our visits to TOMA’s roastery, Bô Specialty Coffee, Santa Kafeina and Levaduramadre.

During this visit we got to know in person the owners of TOMA, Santiago and Patricia. We saw how they roast beans and enjoyed many of their coffees. We also chose 2 that should make both espresso and filter lovers happy.

We couldn’t go to Barcelona, but Nomad’s coffee is served at some of Madrid’s specialty cafés, so we went to Bô Specialty Coffee and Santa Kafeina to check it out. We even tried Nomad’s decaf – it was the first specialty coffee decaf we have ever tried and we were very surprised! It was great!

Here you will find more information on the roasters, coffees, plantations and farmers. Check it out while sipping on your brew. We hope you enjoy these coffees as much as we do!

The people behind TOMA are Santiago and Patricia (an Argentinian-Spanish couple of coffee lovers), and a dedicated team of more than 20 people.

TOMA started in 2011 – after travelling abroad Santi and Patri discovered the specialty coffee scene, and when they returned home, opening their own café was the only thing they could think of.

They were one of Spain’s pioneers when they opened their first café in Madrid’s Malasaña, and they have never stopped creating amazing coffee experiences since!

When we lived in Madrid, TOMA used to be our main bean supplier. This means that we’ve tried A LOT of coffees from this roaster and we are very happy that we can now share their coffee with you!

Sometimes growing coffee is something more than a source of income. Sometimes it’s a real source of empowerment and independence. And this is the case with APCI.

APCI (Associación de Productoras de Café de Intag) is an association which helps victims of domestic violence in the area of Intag in Ecuador.

Women who belong to the association get independent and make their way forward through coffee production. They are the owners and managers of the farms where the coffee grows.

The region itself is very picturesque – it’s surrounded by mountains, streams and a volcano. This terrain offers great altitudes and irrigation for coffee production.

The name of this coffee means “small backpack” in Spanish. Why is it called like that? The name comes from Angel, a green coffee buyer from the company called Belco, who went to La Libertad many times to analyse this place and its coffees. His most loyal companion during these expeditions was… a small backpack.

La Mochilita is a mix of two Arabica varieties – Red Bourbon and Caturra. These coffees grow at high altitudes in one of Guatemala’s coffee regions, Huehuetenango, in the municipality of La Libertad. This region’s soil gives the beans nice acidity and great quality.

The founder of Nomad roastery, Jordi Mestre, took his first steps in coffee whilst in London, taking his own nomadic coffee cart to different markets.

Jordi has since won Spain’s National Barista Championships twice, Nomad opened its first shop in Barcelona in 2014, and it has continuously grown since then.

Now in 2021, Nomad is a dedicated team of more than 20 employees who still work on creating some of the best coffee experiences in Spain and world-wide!

In El Salvador farming lots are normally inherited, but it wasn’t the case for Roberto Ulloa, the person behind this coffee. He wanted to make great coffee and knew that growing it at higher altitudes would be better.

He found an abandoned farm up the Santa Ana volcano, bought it and started cultivating. Over the years he bought more farms and united them under the name of La Divina Providencia.

Roberto is really knowledgeable and passionate about specialty coffee production and you can definitely tell that when you taste the coffee!

This coffee comes from Burundi, a small Central-Eastern African country, where coffee production is very important – it is one of the three main products they export.

In Burundi coffee is normally grown by smallholders. They pick the cherries by hand and deliver them to local washing stations, where the coffee undergoes further processing: washed, honey, or natural.

These particular beans were processed at the Gahahe washing station, which belongs to Greenco, a company involved in coffee production, processing, and exporting. This company has 13 washing stations in Kayanza and Ngozi regions and they buy coffee cherries from more than 40,000 farmers.

We had the pleasure the talk the Managing Director of Greenco, Eddy Nkanagu, who explained us how coffee production in Burundi worked and told us about the initiatives they’re undertaking to help local farmers. We’ll publish this conversation soon, so stay tuned!

This coffee comes from Finca Chambakú in Colombia. The farm owners, Restrepo family, have been cultivating traditional coffee for years, and now they also offer specialty coffee thanks to the optimal conditions of the local environment.

We tried this coffee during our last visit to Madrid and straight ahead we were sure that it would be included in our next box. It’s a great everyday coffee – very sweet, with typical South American notes – cocoa and hazelnuts. Really easy to enjoy with or without milk.

Fazenda Recanto is a Brazilian plantation run by the Vinhal Family. They have been building their farm step by step and they are one of the most important coffee producers in the Cerrado Mineiro region.

At the planation they don’t only process coffee as honey (a process that is typically used in Brazil), but also washed and natural. What’s interesting, most of their coffee is sold on the internal market, so we can consider ourselves lucky, being able to try their beans!

The Vinhal Family works hard not only to produce highest quality specialty coffee, but also to take care of the environment, while maintain the productivity. It’s not any easy goal, but all their efforts are easy to find in the final cup. 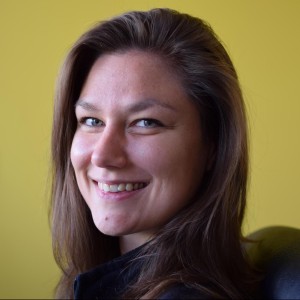 It’s been half a year that we’ve been sending out great specialty coffee to coffee lovers around Europe! In this month’s box we decided to

Did you know that women coffee farmers in Burundi are not legally allowed to own their land? Even though the land might be rightfully theirs,

We speak today with Wildan Mustofa from Java Frinsa Estate, a coffee producer from Indonesia. You may have tried their coffees already through roasters like

Any cookies that may not be particularly necessary for the website to function and is used specifically to collect user personal data via analytics, ads, other embedded contents are termed as non-necessary cookies. It is mandatory to procure user consent prior to running these cookies on your website.

Undefined cookies are those that are being analyzed and have not been classified into a category as yet.

Advertisement cookies are used to provide visitors with relevant ads and marketing campaigns. These cookies track visitors across websites and collect information to provide customized ads.

Performance cookies are used to understand and analyze the key performance indexes of the website which helps in delivering a better user experience for the visitors.

Analytical cookies are used to understand how visitors interact with the website. These cookies help provide information on metrics the number of visitors, bounce rate, traffic source, etc.